Click here if the story doesn’t open after a few seconds.

The Pentagon is permanently canceling the large-scale military exercises in South Korea usually held in the spring, U.S. officials said Friday, handing Pyongyang a long-sought concession only days after a summit between President Trump and North Korean leader Kim Jong Un broke up without a deal... 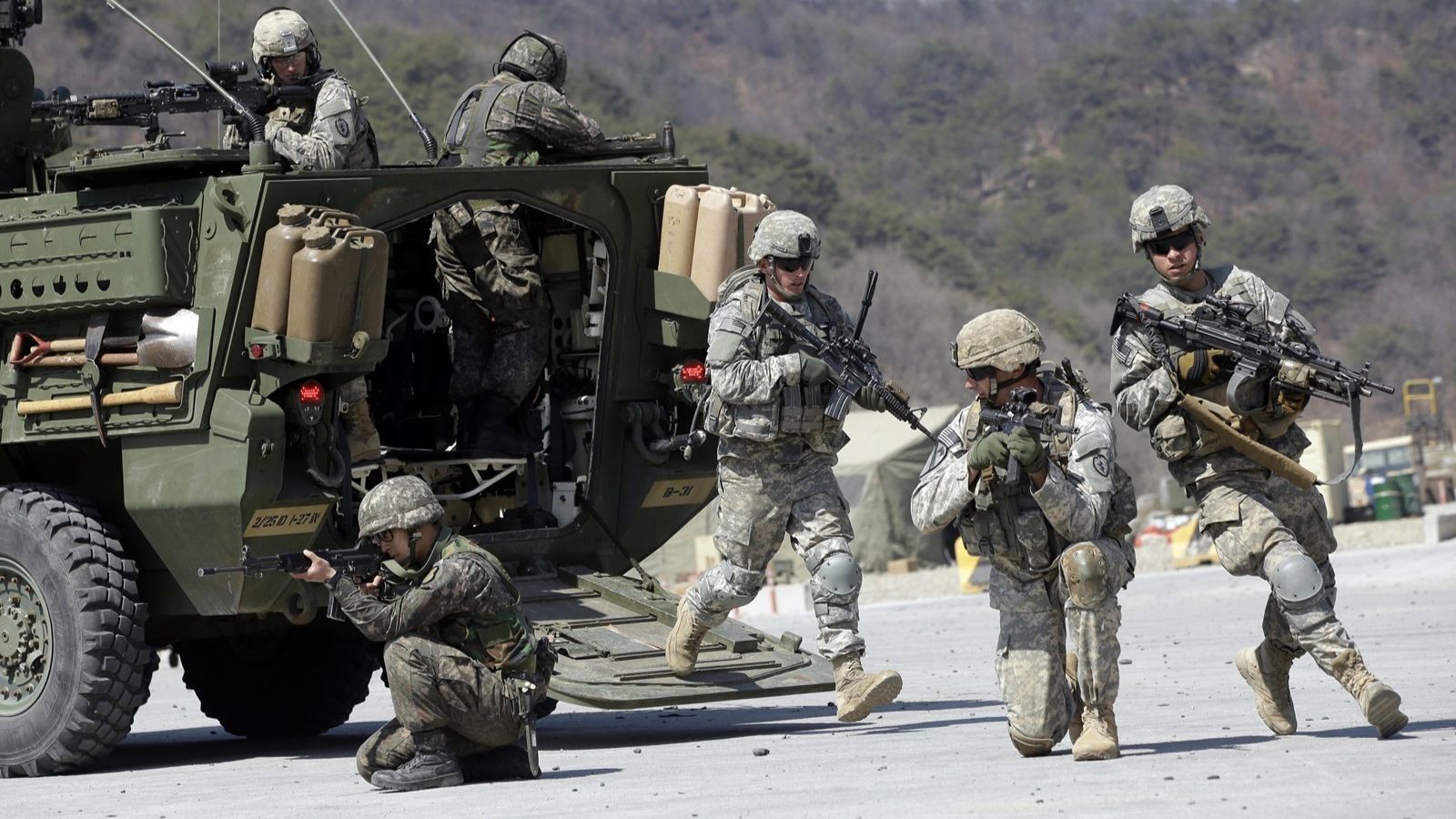 The question to President Trump on Monday sounded relatively innocuous: “Why haven't we heard anything from you so far about the soldiers that were killed in Niger? And what do you have to say about that?” It’s certainly not the kind of question that seemed likely to set off several days of heated controversy.

But the hubbub that has ensued, centering on Trump’s response to the deaths of four soldiers in Niger and, more broadly, the way he deals with grieving military families, is yet another example of how this president inflicts crises on himself. This pattern has happened several times since Trump entered office, with the tussle over the size of his crowd on Inauguration Day and his claim that Barack Obama “wiretapped him.” In each case, Trump’s bluster and his seeming obsession with Obama have led him to commit serious unforced errors. 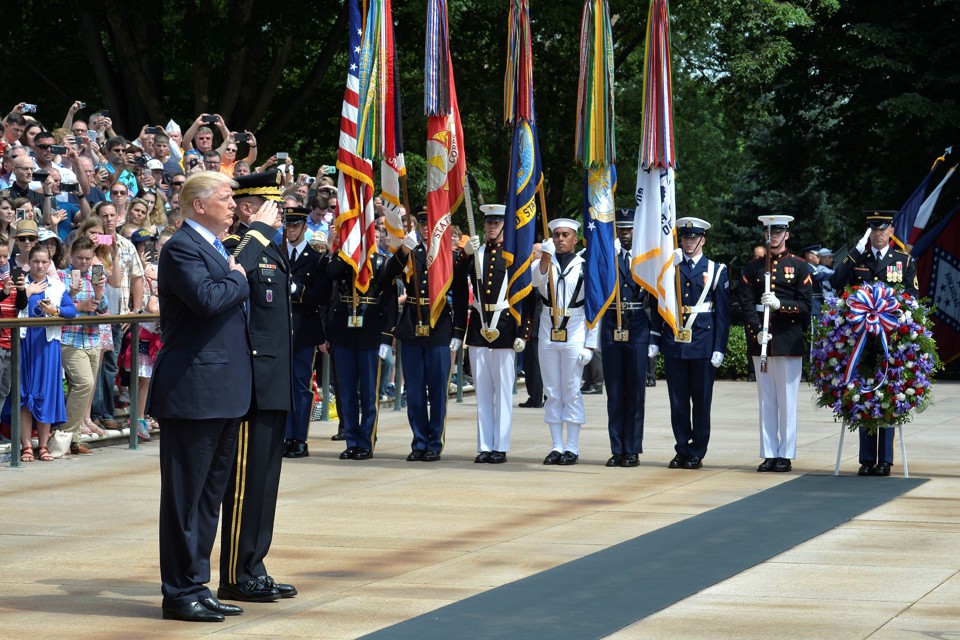 'President Trump Did Disrespect My Son'

As is now well known, Trump took that question as an opportunity to unfavorably compare previous presidents’ method of consoling Gold Star families to his own, suggesting his predecessors had done little or none, while he tried to call the family of every fallen soldier. That answer was off-key not only because of the unsolicited slur of other presidents but also because Trump so quickly made the story about himself. While the gap between the October 4 deaths and the October 16 comment remains unexplained, Trump could easily have offered an anodyne statement praising the men’s valor and the importance of U.S. troops to fighting violent extremism.

In fact, Politico reports that the National Security Council staff drafted exactly such a statement for release on October 5, the day after the deaths. “The heroic Americans who lost their lives yesterday did so defending our freedom and fighting violent extremism in Niger,” a draft read in part. “Our administration and our entire nation are deeply grateful for their sacrifice, for their service, and for their patriotism.” Yet for reasons that are still not clear, the statement was never released. Putting it out might have dampened any questions about the mission—which it is increasingly appears was ridden with problems—and avoided the press-conference question.

Instead, Trump took the opportunity to claim he called nearly every family of a fallen servicemember. “I'm going to be calling them. I want a little time to pass,” he said. (It’s worth noting that Trump seemed to be short-circuiting his own communications staff by holding the press conference, making the error his alone.) On Tuesday, he added, “I think I’ve called every family of someone who’s died.” By making the debate about himself, by attacking former presidents of both parties and thus guaranteeing their staffers would jump into the fray, and by inviting reporters to dig into the matter—“You could ask General [John] Kelly, did he get a call from Obama?” he said Tuesday—Trump was begging reporters to peer under rocks they might not have otherwise noticed.

Predictably, once they started turning over rocks, there was some gross stuff beneath them. First there was Trump’s call to the widow of La David Johnson, killed in Niger, which only came Tuesday night, when Trump was facing pressure. The call was a fiasco, ending with the widow in tears and Johnson’s grieving mother feeling her family had been “disrespected.”

Then came an Associated Press story reporting that contrary to his claim, Trump had not called every family of a servicemember killed on his watch; in fact, he had snubbed one despite repeated requests, and had not even sent letters to others.

Then The Washington Post published a devastating follow-up. “At least 20 Americans have been killed in action since he became commander in chief in January,” the paper reported. “The Washington Post interviewed the families of 13 and found that his interactions with them vary. About half had received phone calls, they said. The others said they had not heard from the president.”

Furthermore, Trump had offered $25,000 to the family of slain Corporal Dillon Baldridge of Zebulon, North Carolina, and offered to establish an online fundraiser for them during a conversation in June. The Baldridges had never seen the money nor heard another word, the Post reported. Once contacted by the paper, the White House said Wednesday the check was in the mail.

The anecdote is stunning for several reasons. First, it’s odd for the president to offer a five-figure check to one family and not to others. Second, it’s odd to offer huge sums and then not follow through—though as David Fahrenthold demonstrated during the campaign, promising large checks and then not following through has been a signature Trump move for decades. Third, Trump should have known that he had made promises like this and not followed through, and that by encouraging reporters to look around, he was inviting disaster. It was like Gary Hart telling the press they could feel free to look into his personal life, only adding the explosive element of national reverence for the military.

Audaciously, White House Press Secretary Sarah H. Sanders on Wednesday attacked Representative Frederica Wilson, who first disclosed the fiasco of the call to the Johnson family, for “trying to politicize this issue,” as though Trump had not done that with his answer at the press conference on Monday.

Where will the latest self-inflicted crisis go? It is, of course, unpredictable. Respect for the troops has typically been a dangerous third rail for politicians, though Trump has grasped the electrified rail repeatedly throughout his presidency and lived to tell the tale. But the Inauguration Day and “wiretapping” incidents both offer some hints.

In each of those cases, the error was unforced. Photos that revealed that the crowd at Trump’s inauguration were smaller than at Obama’s first inauguration were, perhaps, wounding to the pride of a man who wants everything to be the biggest and best, but the story would have quickly faded. Yet whenever there’s a comparison with Obama on the table, the president seems unable to resist the bait. The Trump administration decided to pick a fight, deleting a National Park Service tweet comparing crowds and marching then-Press Secretary Sean Spicer out the next day to upbraid reporters and insist to them, against all available evidence, that in fact Trump’s crowds were bigger. A day after that, Kellyanne Conway went on Meet the Press and uttered her infamous claim about “alternative facts.” That pair of incidents immediately poisoned whatever good will or willingness to start afresh the press corps might have had, established the administration’s weakness for bogus claims, and, with“alternative facts,” provided a convenient shorthand for that tendency.

The wiretap claim followed a similar arc. With stories of Russian interference in the election bubbling in March, Trump uncorked a series of tweets on a Saturday morning, beginning with, “Just found out that Obama had my ‘wires tapped’ in Trump Tower just before the victory. Nothing found. This is McCarthyism!” There was no evidence for the claim except speculation by conservative journalists Mark Levin and Breitbart, but once again, the specter of Obama seemed to drive Trump to distraction.

Trump proceeded to demand that Congress investigate and insisted he had evidence for his claim, even as he failed to provide it. The ensuing circus led to Representative Devin Nunes, a close Trump ally and the chair of the House Intelligence Committee, being forced to recuse himself from the Russia investigation (though he continues to involve himself). Later in March, James Comey testified to Congress that there was no evidence of a wiretap—a conclusion the Trump Justice Department has since affirmed—and also disclosed that the FBI was investigating whether the Trump campaign colluded with Russia to interfere in the election. Nunes’s tainting of the House Intelligence Committee process and Trump’s decision to fire Comey on May 9 were both key catalysts of Robert Mueller’s appointment as special counsel, which threatens the Trump administration on many fronts.

If these two examples hold, here are three predictions: In the immediate term, Trump’s unforced error will crest and then decline, eventually fading into a new news cycle. In the longer term, however, this flap will undermine faith in the administration and have unintended side effects for Trump’s presidency. Finally, whatever else happens, it’s only a matter of time before Trump finds himself unable to resist another comparison with Barack Obama, and as a result, inflicts another crisis on himself. 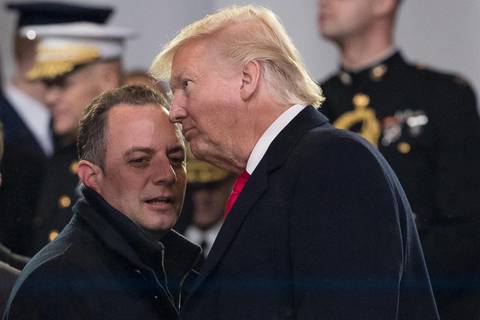 Amid fears of Trump, Europe tries to make its security less dependent on the US
Friday September 16th, 2016 at 11:02 AM

European leaders are contemplating broad new efforts to pool their defense capabilities amid growing concerns that the continent needs to better protect itself from threats ranging from Russia to the Islamic State.

Republican Family Values On Parade by Juanita Jean
Friday September 16th, 2016 at 10:58 AM Well, another one falls.

Conservative Republican Jeremy Durham, a Tennessee state representative, was only the second person expelled from the house by his fellow members since the Civil War.

The attorney general found 22 women who said Durham had acted sexually inappropriate with them. The report includes an array of allegations, from lewd comments and inappropriate hugs to giving beer to and having sex with a 20-year-old “college student/political worker” in his legislative office and home.

Why is all this happening to him?

Durham previously has denied sexually harassing anyone, calling the investigation unconstitutional and an attempt to remove a conservative stalwart.

Yeah, because he’s a conservative.